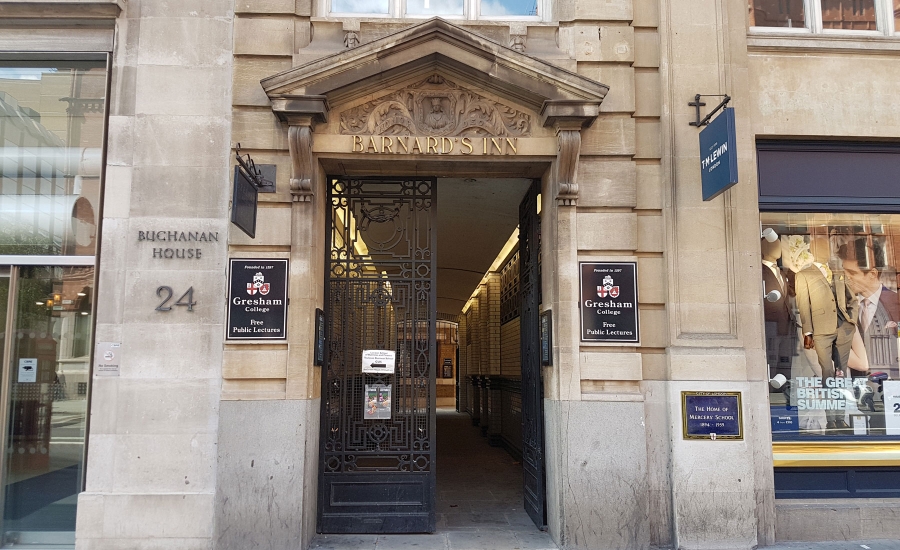 After three years when the annual DF conference has been held on-line, the 2023 conference will be held in London over the period Wednesday 26th July to Saturday 29th July. The principal venue will be the Old Hall, Barnard’s Inn, now part of Gresham College, off High Holborn in London. Barnard’s was, of course, the building where Pip lodged with Herbert Pocket when he first came to London. He described how he ‘found Barnard to be a disembodied spirit, or a fiction, and his inn the dingiest collection of shabby buildings ever squeezed together in a rank corner as a club for Tom-cats.’ Given the location in one of the ancient Inns of Court, the theme of the conference will be Dickens, Law, and Disorder’.

The conference banquet will be held at the Garrick Club.